Thrillers -- Not My Thing 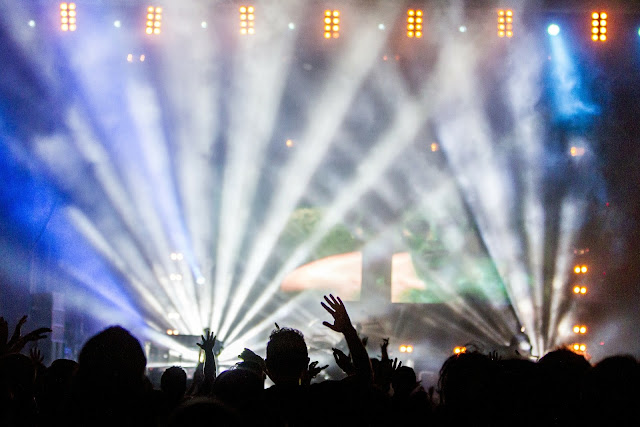 When it comes to television shows and movies, I like thrillers. Not horror; that is totally different. Thrillers are usually focused on some psychological torment of the main character. I haven't read very many thriller books, and maybe this was just the wrong one.

Just One Look by Harlan Coben was a book I stumbled upon on Facebook where some mutual friends of mine were discussing the book. It wasn't directly recommended to me; I picked it up because their discussion about it was interesting to me.

The story centers around a woman who had been injured at a stampede at a rock concert a few years earlier. After her husband disappears, we realize that nearly all of the major players have something to do with this concert. As events transpire, the reader follows her struggle to put all of the pieces together while questioning the meaning of it all.

In my opinion, this book was mostly keeping track of one character after another, and in the end, I finished it, but I didn't really care.

Popular posts from this blog

January 01, 2020
Over the course of time, I have had quite a few different blogs with different themes and styles. My domain (www.uberfrau.net) is up for renewal. I thought about not renewing it because I haven't updated this blog since April. In the end, I decided that I'm too sentimental to let it go. I've had this website in all of its various forms for about 20 years. As you can tell (see posts below), I gave up summarizing books back in April. I decided quickly that I preferred reading to summarizing the books in writing afterward. The entire process of writing my thoughts on the books was slowing down my reading pace! As soon as I finish a book, I have another one or two lined up to read next. Stopping to summarize and offer my pithy (I wish) thoughts was a drag. On average, I finished a book every 4.93 days in 2019. Some of these were audiobooks (they still totally count), but most were not (I say that because audiobooks don't really count - lol). Some people read many more b
Read more

The Road by Cormac McCarthy

March 24, 2019
Since this book won the Pulitzer and has been made into a movie, it is likely that most people are already familiar with it. However, I was a little late to the game on this one. The Road is a post-apocalyptic story of a father and son trying to survive. They try to beat winter by heading south while attempting to do so without being noticed by others, some of whom have turned to cannibalism to survive. It's bleak. The manner and style of writing is unique as there are no chapter delineations, no quotation marks, no character names, and infrequent apostrophes. In that way, the style of writing mirrors the unfolding of the story -- going and going with few interruptions, going south, getting to the end, stunted conversation. Just survive. Get through. Simplify things. I found that I moved quickly through the book, which is the opposite of what happens when the chapters are long. Instead, this had no chapters but frequent spaces or gaps in the text, which made it seem OK to
Read more

April 25, 2019
As far as diagnoses go, there's nothing more frightening that schizophrenia -- at least in my book. Some could argue that cancer is scary -- it is certainly a tyrant, but schizophrenia's symptoms can be so unpredictable, bizarre, and varied that is scares me more. In addition, people with schizophrenia may not even know they are ill, which makes any kind of treatment very challenging. As a person trained to work with people with disabilities, I have been taught to use "person first" language. Did you notice above I said, "people with schizophrenia" and not "schizophrenics?" This is evidently a rule you can break if you are a person with schizophrenia as Esmé Weijun Wang is. She makes the point in the book that even the language we use about the disease shows that we fear it -- there is no adjective for cancer that relates to people. So, you may say that someone has cancer, but you wouldn't say that they are  cancer or even cancerous. But
Read more